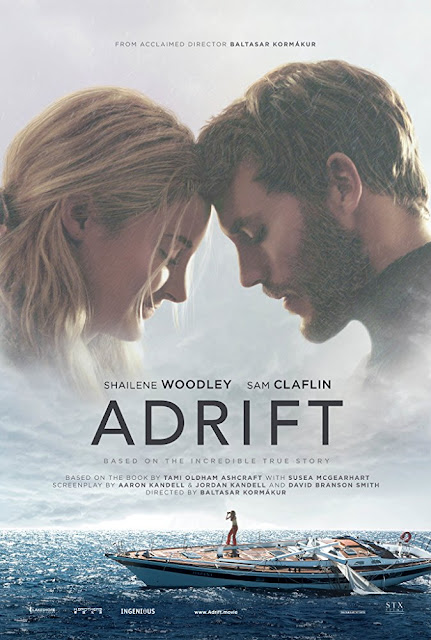 Review Adrift (2018) Summary: Adrift is based on the inspiring true story of two sailors who set out to journey across the ocean from Tahiti to San Diego. Tami Oldham (Woodley) and Richard Sharp (Claflin) couldn’t anticipate they would be sailing directly into one of the most catastrophic hurricanes in recorded history. In the aftermath of the storm, Tami awakens to find Richard badly injured and their boat in ruins. With no hope for rescue, Tami must find the strength and determination to save herself and the only man she has ever loved.