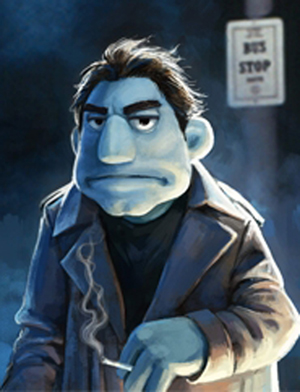 In the first trailer, the Oscar-nominated star of Bridesmaids and Spy is seen doing ecstasy at gunpoint and being propositioned by puppet prostitutes. The film comes from the director of A Muppet Christmas Carol, Brian Henson.

The plot imagines a world where humans and puppets coexist until a brutal string of murders occurs. The cast of a kids show, The Happytime Gang, are being killed off and two detectives, played by McCarthy and a puppet, must figure out who is to blame.

Henson has called it a “wild” crime thriller. “It’s a really cool and weird and wonderful piece,” he said to SyFy.com. “And it’s R-rated so it’s really odd for me. But I’m really enjoying doing it.”

It’s been in the works since 2008 with Cameron Diaz, Jamie Foxx and Katherine Heigl all previously attached. As well as McCarthy, the film also stars Maya Rudolph, Joel McHale and Elizabeth Banks.

McCarthy’s latest comedy, Life of the Party, has had largely negative reviews but opened to a solid $17.8m in the US. This year will also see her team up with Diary of a Teenage Girl director Marielle Heller for the fact-based drama Can You Ever Forgive Me?.

The Happytime Murders will be released in the US on 17 August and in the UK on 24 August.

Since you’re here …
… we have a small favour to ask. Unlike many news organisations, we haven’t put up a paywall – we want to keep our journalism as open as we can. More people are reading the Guardian than ever but our independent, investigative journalism takes a lot of time, money and hard work to produce. So you can see why we need to ask for your help. We do it because we believe our perspective matters – because it might well be your perspective, too.
I appreciate there not being a paywall: it is more democratic for the media to be available for all and not a commodity to be purchased by a few. I’m happy to make a contribution so others with less means still have access to information.
Thomasine, Sweden