WASHINGTON — President Donald Trump tried to clarify remarks amid the fallout and furor over his summit and press conference with Russian President Vladimir Putin, telling reporters that he misspoke and that his administration was taking steps to prevent 2018 election interference.

On Monday, he appeared to accept Putin’s denials that Russia was behind hacking attacks on the Democratic National Committee and other organizations. Those remarks drew widespread condemnation, including from Republican on Capitol Hill. 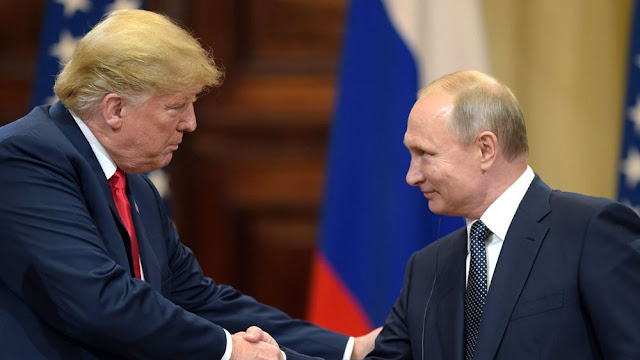 Trump told reporters on Tuesday that he has “full faith and support for America’s great intelligence agencies.”

While insisting that the Russian interference had no impact on the outcome of the election, he said that he accepts “our intelligence community conclusion that Russia’s meddling in the 2016 election took place.” He also added, “Could be other people also. A lot of people out there.” Those final clauses quickly became the focus of journalists who wondered if the president still harbored doubts about intelligence agency findings.

Trump again said that there was no collusion between his campaign and Russia.

Reading from prepared remarks, Trump said he misspoke during the press conference when he said he didn’t see any reason why Russia would have been behind the meddling. Instead, he said he meant the opposite.

“In a key sentence in my remarks I said the word ‘would’ instead of ‘wouldn’t’,” he said, clarifying that “the sentence should have been, ‘I don’t any reason why it wouldn’t be Russia.’ Sort of a double-negative.”

Trump also said “we are doing everything in our power” to prevent election interference in 2018.

But in his press conference with Putin on Monday, Trump made other remarks in which he refrained from criticizing the Russian leader. He was asked whether he holds Russia accountable for “anything in particular,” Trump responded, “I hold both countries responsible. I think that the United States has been foolish. I think that we have all been foolish. We should have had this dialog a long time ago…I think we are all to blame.”

Just minutes earlier, Senate Majority Leader Mitch McConnell (R-Ky.) told reporters on Capitol Hill that there was “indisputable evidence” that Russia interfered in the election, and that the conclusions have been accepted by both parties.

“The Russians need to know that there are a lot of us who fully understand what happened in 2016, and that it better not happen again in 2018,” McConnell said.

Senate Minority Leader Chuck Schumer (D-N.Y.) called on Republicans to take a series of steps in response to Trump’s Helsinki remarks, including holding hearings with White House national security officials to determine what happened at the summit between Trump and Putin. They met in private, with only translators present, but Schumer referred to notes that were taken in debriefings of the meeting.

He also said that Trump’s attempt to backtrack was “twenty-four hours too late, and in the wrong place. If the president can’t say directly to President Putin that he is wrong and we are right and our intelligence agencies are right, it’s ineffective, and worse, another sign of weakness.”