Home Scientific 5 Factors That Make You Feel Shame ...and how to get rid of it

5 Factors That Make You Feel Shame ...and how to get rid of it

5 Factors That Make You Feel Shame ...and how to get rid of it

Shame is a painful emotion responding to a sense of failure to attain some ideal state. Shame encompasses the entire self. The thought process in shame involves self-focused attention. The physical expressions of shame include the blushing face, slumped with head down, eyes averted. It generates a wish to hide, to disappear or even to die. 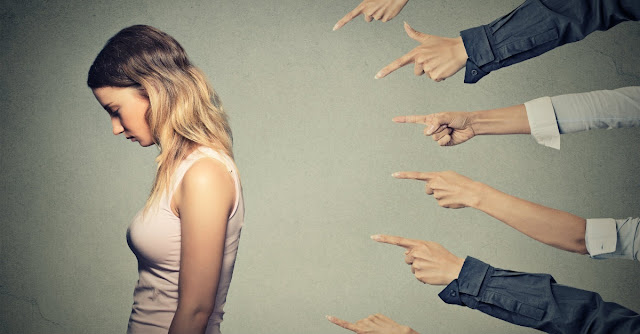 Embarrassment has often been characterized as a mild form of shame. It results from trivial social transgressions (e.g., tripping, belching), where the person doesn’t feel that such events involve the self. Shame differs from guilt. Guilt involves a negative evaluation of a specific behavior. It is typically a less painful experience because the object of disapproval is a specific behavior, not the entire self. Guilt can be viewed as a more useful emotion motivating specific and corrective action (e.g., apology, efforts to undo the harm done). 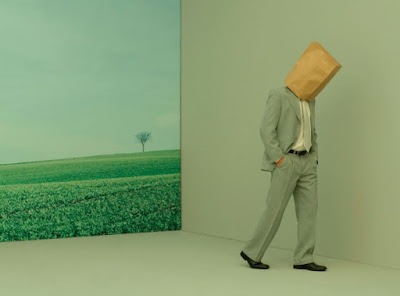 The followings contribute to the experience of shame.

1. Self-awareness. In order to experience shame, you must have a self-awareness that others are making a judgment. You are in the “spotlight.”  You are aware of a set of rules (or social norms) that determine whether your actions are “right” or “wrong.”  For example, if you wear a suit to a social event where everyone else has gone casual, you feel like everyone is looking at you funny wondering why you are such a geek. People are more likely to wash their hands after using a restroom when an observer is present.

2. Self-blame. Shame and guilt are emotions of self-blame. In the course of daily life, bad things inevitably happen. According to attribution theory, human beings are naturally drawn to search for causal explanations. Assessing the situation, we may blame our spouse, poor weather, etc. But when we blame ourselves, we are most apt to feel shame and guilt. For example, by incorrectly attributing responsibility for obesity mostly to a personal character rather than to the environment or context, the obese can feel shame.

3. Standards. All of us have beliefs about what is an acceptable standard concerning actions, thoughts, and feelings. For example, at funerals, we know that laughing, expressing joy, or feeling glad that the person is dead is not the norm. In most neighborhoods, dog owners carry plastic bags when they walk their dogs. The violations of these standards produce shame.

4. Personal trait. People high on the trait of public self-consciousness are likely to be shame-prone. On the other hand, there are individuals who are likely to blame others or attempt to avoid blaming themselves.

5. Self-esteem. Self-esteem is defined as a subjective attitude towards oneself. When a person thinks poorly of himself, and when faced with negative events, he tends to blame his “bad self.” Moreover, frequent and repeated experiences of shame are apt to “chip away” at one’s general level of self-esteem.

In an effort to escape painful feelings of shame, shamed individuals tend to defensively project blame and anger onto a convenient scapegoat. In this way, shamed individuals may regain some sense of control and superiority in their life, but the long-term costs are often steep. For example, men who abuse women may do so when their positive images of themselves are threatened.

If the shame remains unacknowledged, a person may decide to focus on another emotional state, an act of emotional substitution. For example, ashamed person, unwilling to acknowledge the feeling of shame can become angry with someone else, making other a kind of scapegoat for self-blame. Anger is more comfortable to experience than shame. However, substitution is a form of self-deception: it relieves the pain and discomfort but does not alter the feeling, not immediately. By not focusing on the shame and attending to other emotions, we lose the opportunity to understand the forces at work around us and within us.

Shame-prone individuals are vulnerable to problems associated with alcohol and drugs. Frequently, substance abuse serves to mask or numb painful feelings of shame and despair. Using two samples from an undergraduate population and one sample of jail inmates, shame-proneness was consistently positively related to both alcohol and drug problems, while guilt-proneness tended to be negatively related.

The healthiest way to cope is to own it and allow shame to dissipate over time. Like all intense events, shame eventually fades, to be replaced by other emotions. No emotion lasts forever. Second, alter the standards, or rules. If no standard has been violated, then one has no reason to worry about shame. Third, avoid the self-blame game. The more one can blame an external source, the more likely one will avoid feeling shame. Finally, confess. In confession, we go to others and tell them about an event that has shamed us. Confession is associated with the concept of forgiveness and love. It serves as a way of dissolving shame through the act of redemption.

Source :
Shahram Heshmat, Ph.D., is an associate professor emeritus of health economics of addiction at the University of Illinois at Springfield.