Soon You Can Watch Black Panther Any Time You Want - Entertainment

Soon You Can Watch Black Panther Any Time You Want

The Marvel hit is coming to Netflix.
Considering there have been two Marvel movies since its release, it feels like years have passed since Black Panther came out in February. The movie was a major moment in the Marvel universe and for representation in cinema as a whole. It was a box office hit and one that even brought Denzel Washington to tears. 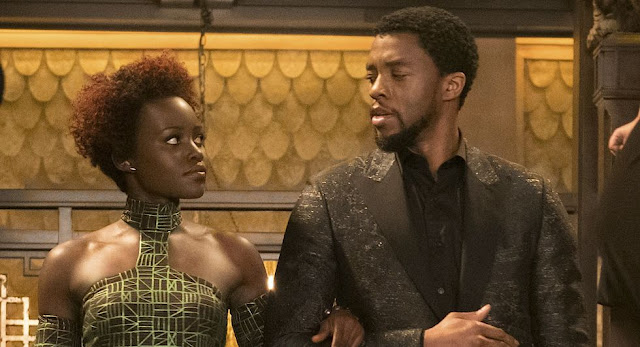 Now, starting September 4, you'll be able to step into the afro-futurist utopia of Wakanda any time you want when Black Panther arrives on Netflix.

The streaming service made the announcement Tuesday on Twitter.

Strong Black Lead ✔@strongblacklead
This is THE OFFICIAL announcement that Black Panther is coming to @Netflix September 4.

RT to save a life.


And Netflix users should take advantage of seeing Marvel and Star Wars—and any Disney-owned properties—on the streaming service while they can, because it's not going to last. Late next year, Disney will roll out its own streaming service, which will include Pixar, Lucasfilm, and Marvel films along with new content like the upcoming live-action Star Wars series. For anyone who's a fan of all of these immensely popular Disney kingdoms, this will be yet another necessary streaming service to invest in.

Until then, Wakanda forever.