Warner Bros. confirms a PG-13 rating for Aquaman. Jason Momoa first briefly debuted as Arthur Curry, aka Aquaman, in Batman v Superman: Dawn of Justice, but audiences got a proper look at the future king of Atlantis last year during Justice League. Momoa's version of the character is a bit of a loner, and an outcast from Atlantis, but that will change with his solo movie directed by James Wan. His status and attitude may not currently match the Aquaman fans may recognize from the comics, but Momoa will suit up in the traditional green and orange before the credits roll.

Marketing on Aquaman only began several weeks ago when WB released the first trailer at San Diego Comic-Con, far later than many expected the first footage to come. However, the hold up wasn't due to severe reshoots or production troubles, but rather so they could get the CGI-heavy film in a proper place to share. Over three months out from Aquaman's release, things are going so well that they already have an MPAA rating. 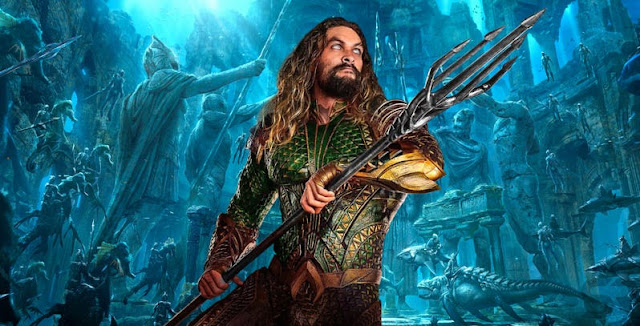 The official Aquaman movie website today revealed the list of credits on Aquaman and confirmed a PG-13 rating in the process. This is standard for most superhero movies (including all five DCEU movies made to date), but the reasons behind the ratings tend to differ. In Aquaman's case, it's being rated PG-13 for "sequences of sci-fi violence and action, and for some language."

Judging Aquaman on what's been officially released, the violence and action reasons are clear. The first trailer ends with a massive underwater battle that looks to be one of the film's major action set pieces. With a war waging underwater between the Seven Kingdoms, there's sure to be plenty of violence as they fight one another. There was even word out of SDCC of another (better) trailer that featured a huge chase sequence - where Black Manta (Yahya Abdul-Mateen II) is chasing Aquaman and Mera (Amber Heard) - that could be another instance of sci-fi violence and action.

Including language in Aquaman isn't a total surprise, but something that is maybe what wasn't listed. Wan has talked about bringing some of his horror roots into Aquaman, but there's no mention of anything like "terror and frightening images" that indicate the movie will have some scares. Whether or not images that fit these descriptions were ever included isn't known though. Instead of pushing the boundaries of PG-13, the reasons behind this rating only further support the early comparisons to MCU Phase 1. 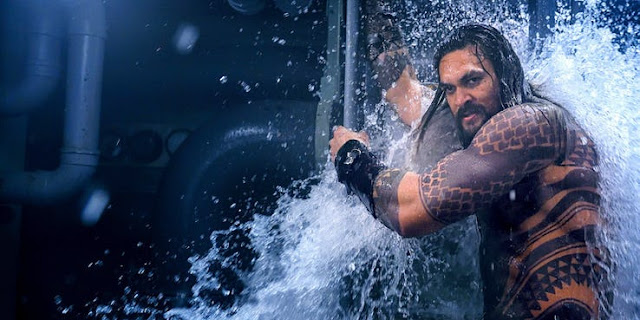 At the end of the day, Aquaman was always going to be a PG-13 movie. WB and DC will venture into the dark material with Joaquin Phoenix's Joker, which is reportedly targeting an R-rating. However, Aquaman receiving this rating so far in advance of the film's release indicates that they have a cut that is close to the final version that will be shown in theaters. If that's the case, then perfecting the CGI and doing other post-production steps may be the only phase Aquaman still needs to go through before it hits theaters. And if everything is going well (or they're even ahead of schedule), maybe WB will move Aquaman up a few weeks to avoid an ultra-competitive opening slot.