FOMO and Fear: Why Weekend Movie Previews Keep Getting Earlier

On the night of Aug. 9, Warner Bros. executives made an unexpectedly pleasant discovery: “The Meg,” their prehistoric shark movie that cost $150 million and took over two decades to get to the big screen, wasn’t going to bomb.

Initial domestic numbers for “The Meg” showed that $4 million worth of tickets had been sold on Thursday night, portending an opening weekend far above the estimated $20 million to $22 million for the Friday to Sunday period. The final number — $45.4 million — was double that forecast. Four weeks later, “The Meg” has already crossed $462 million worldwide and will likely end up in the black.

The strong Thursday showing for “The Meg” is proof of the impact early preview showings have become over the past six years. Ever-earlier showings ahead of the once-traditional Friday release get the buzz out faster and give box office watchers a snapshot of what to expect over the opening weekend. 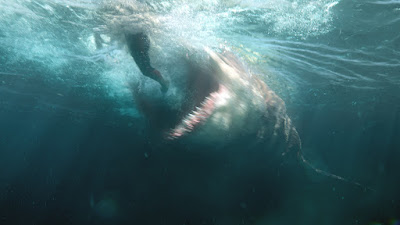 “What happened with ‘The Meg’ previews is that we were able to get the word out early that the movie is a lot of fun,” noted Jeff Goldstein, Warner’s domestic distribution chief.

A similar scenario had played out on a larger scale on Feb. 16. Thursday night preview grosses for Marvel’s “Black Panther” came in at $25.2 million, serving as the first indication that the groundbreaking superhero movie was going to obliterate initial forecasts estimating a range between $100 million to $120 million. The opening total wound up at a stunning $202 million. The Wakanda Forever movement got a headstart as moviegoers were eager to get a jump on the hit Marvel film.

Midnight screenings used to be reserved for the biggest titles — think “Star Wars” level. But more recently, studios began shifting Thursday previews back to 10 p.m. and then to the now-standard 7 p.m. and 8 p.m., albeit at fewer theaters than on official opening Fridays. Thursday preview grosses are folded into Friday totals.

“The original ethos behind the midnight showings was for those specially selected potential blockbusters, not every wide-release film,” recalls Paul Dergarabedian, the senior media analyst with comScore.

But now, “Thursday night previews have become the norm,” notes Lionsgate distribution president David Spitz. “There are no extra costs to starting on Thursday night instead of Friday morning. Exhibitors love the fact that the studios are doing it because it drives traffic on what would normally be an off night.”

And while Friday nights were traditionally the big opening nights, Thursdays give moviegoers another chance to get tickets for possible sold-out titles.

“When you have a movie with strong playability, starting on Thursday night can generate a lot of positive momentum,” he said. “You ensure that people can see the movie on Thursday instead of being shut out Friday.”

Fox distribution chief Chris Aronson points to the “Deadpool” movies, which generated $12.7 million in previews in 2016 and $18.6 million this year.

“It’s not foolproof, but the Thursday numbers do give you an early glimpse of the demographics that it’s going to attract and whether you executed your marketing,” Aronson says.

There are several advantages to starting showtimes well before midnight, but the shift was precipitated by  “The Dark Knight Rises” shooting in Aurora, Colo. in July 2012, when James Eagan Holmes opened fire during the midnight premiere, killing 12 people and injuring 70 others.

Dergarabedian says safety concerns led studios to shift to an earlier start, which “reflects the sensitivity of studios and exhibitors to the ever-changing nature of society and its sometimes unpredictable impact on the marketplace.”

How accurate is Thursday night in terms of predicting the weekend? It’s still an inexact science, according to Dergarabedian.

“The number, in theory, is a great indicator of first-weekend box office potential,” he notes, with the caveat that it reflects enthusiastic die-hard fans and doesn’t take into account constantly evolving social media sentiment.

Goldstein agrees that Thursday nights have become more important at a time when competition for moviegoers attention is growing exponentially.

“It’s FOMO — the fear of missing out — and it’s much different seeing it in the theaters than staying at home,” he says. “There are so many more arrows in our quiver at a time when it’s harder and harder to get people to come out.”

Focus Features distribution chief Lisa Bunnell emphasizes that the range of films that benefit from previews has widened substantially. “It started with event movies but it’s turned into something that’s culturally very important,” she says.

Since Friday opening days now start on Thursday evenings, will opening night eventually turn into opening afternoon? Probably not, since business during the school and work day would be limited. But for now, studios are finding previews result in a long good Friday indeed at the box office.