Probiotics are ‘useless in many cases,' study says

Probiotics are ‘useless in many cases,' study says

ATLANTA - Do you often reach for yogurts, chocolates and other products with probiotics to keep your health in check? Your efforts may be in vain, according to a new report.

Researchers from the Weizmann Institute of Science in Israel recently conducted a study, published in the Cell journal, to determine the effectiveness of probiotics, which are live bacteria meant to boost the immune system, prevent disease and repair the adverse effects of antibiotics by colonizing the good bacteria along the digestive tract.

“People have thrown a lot of support to probiotics, even though the literature underlying our understanding of them is very controversial; we wanted to determine whether probiotics such as the ones you buy in the supermarket do colonize the gastrointestinal tract like they're supposed to, and then whether these probiotics are having any impact on the human host,” senior author Eran Elinav said in a statement. 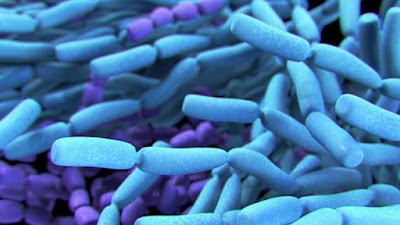 For part one of the team’s two-part assessment, they examined the guts of 25 volunteers by administering upper endoscopies and colonoscopies. ﻿Fifteen of the volunteers were then divided into two groups: one that consumed generic probiotic strains and another that had a placebo. About three weeks later, both groups then underwent a second round of upper endoscopies and colonoscopies before being followed for two months.

After analyzing the results, they found some of the guts hosted the probiotics, while others did not. “Persisters” experienced changes to their native microbiome and gut gene expression profile, but “resisters” did not.

“Surprisingly, we saw that many healthy volunteers were actually resistant in that the probiotics couldn't colonize their GI tracts,” Elinav said. “This suggests that probiotics should not be universally given as a 'one-size-fits-all' supplement. Instead, they could be tailored to the needs of each individual.”

For the second part of the trial, the scientists wanted to explore whether probiotics have the ability to counter the adverse effects of antibiotics. Probiotics are supposed to repopulate the gut microbiota after it’s cleared by an antibiotic treatment.

They observed the guts of 21 volunteers by again administering upper endoscopies and colonoscopies after they were treated with antibiotics. The scientists either allowed the subject’s microbiome’s to repair on its own, with probiotics or an autologous fecal microbiome transplant made up of their own bacteria.

The scientists learned that the probiotics’ gut colonization prevented both the host gut’s gene expression and their microbiome from returning to their normal pre-antibiotic configurations months later.

“Contrary to the current dogma that probiotics are harmless and benefit everyone, these results reveal a new and potentially alarming adverse side effect of probiotic use with antibiotics that might even bring long-term consequences,” Elinav said.

Coauthor Eran Segal added, “This opens the door to diagnostics that would take us from an empiric universal consumption of probiotics, which appears useless in many cases, to one that is tailored to the individual and can be prescribed to different individuals based on their baseline features.”