A Mysterious Journey To The Truth : CALL OF CTHULHU Review Game

A Mysterious Journey To The Truth: CALL OF CTHULHU Review Game

One of the greatest horror writers was H.P. Lovecraft and while the famous author of our time, Stephen King, is having his stories made into movies, it’s about time that the spotlight has turned to some of the more classic horror storytellers. There are a few adaptations of Lovecraft’s work out there, but I was excited to see that one of his most popular and interesting stories was finally being made into an official video game!

Cyanide Studio has created the official Call of Cthulhu video game and is launching it on multiple platforms. After getting a review code on the PlayStation 4, it was time to see how well the game held up to its background and hype.

Story
Detective Pierce has been finding himself short of cases to work until a fateful day. A man enters his office and pleads that he takes the case of Sarah Hawkins; a relative that has been blamed for the homicide of the entire Hawkins family and setting fire to their estate. After some questioning the validity of the man’s request, Pierce must head to Darkwater; a whale fishing city located on a remote island. Shortly into his investigation, Pierce finds that things don’t match up to the claims and police reports, but it is his interest in searching for the truth that brings him to a strange truth. A truth that comes in the form of hallucinations, out-of-body experiences, and other strange phenomena as he dives deeper into what really happened to not only the Hawkins family but the entire city of Darkwater. 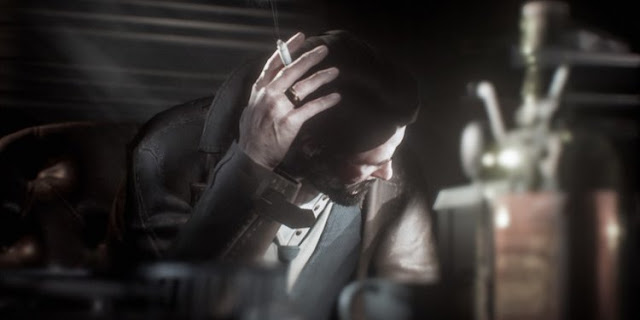 Gameplay
You will spend the majority of the game examining your surroundings and looking for clues on your case. Even in moments where you don’t think you are looking for clues, interacting with specific people or a part of the environment could unlock essential conversation items when interviewing key people. Having conversations with everybody in the vicinity isn’t a necessity, but it does help you find out more about the lore of Darkwater.

Puzzles are mostly in the form of “find the right parts in this area and then put them all together to proceed,” but there are some other puzzles in the game. My favorite had to be the one that I call “the lamp trade puzzle.” This one is later in the game, but you will have to use the right lamp to find specific key points to interact with before switching lamps again to proceed. Even the boss “fights” are a form of a puzzle, which was interesting to have rather than just straight fighting to survive.

There is a form of skill tree involved as well. These different skills can be improved using character points (CP) that you earn while solving the case. You will also have to find certain books throughout the game in order to improve two of the skills that can’t just simply be improved with CP. How high you have each skill will directly affect which set of information you will learn.

The only tip I will provide you is to learn your surroundings. Knowing the different pathways so you don’t get lost, understanding what needs to be done to proceed, and preparing yourself for the worst in every situation is the only true way to survive long enough to know the truth. 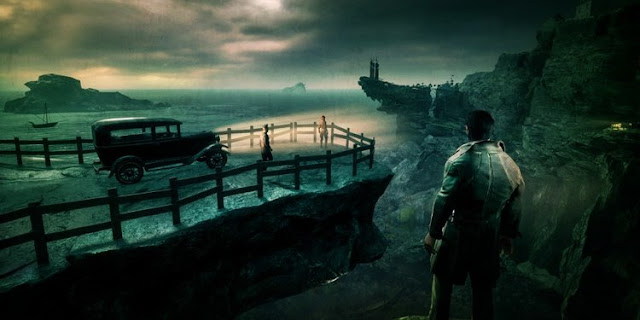 Graphics and Sounds
While the entire game has a fairly decent graphical design to it that makes both people and creatures look semi-realistic, this is easily the most problematic part of the game. The body language of the various people you talk to seem to have a similar loop and not one that is normal to a typical conversation. Even the climactic NPC points had a less-than-immersive style of body language to match the tone of the conversation. There is also a lot of assets reused when it comes to the characters as everybody seems to have one of three different facial types and just have different facial hair to tell them apart.

Sound effects and music were on par with the whole adventure. Keeping things eerie with both silent moments and low tones. I appreciated the lack of random noises without purpose and a focus on having a consistent reason for the different sounds that would be made throughout your journey for the truth.

Replayability
There are a few moments where your choice affected the game. The choices I made led me to a branch of two different ending options, but I would imagine that there are even more ways the game could have ended given I had made better, or different, choices along the way. The journey itself would be the same, but there is an interesting aspect to know what could have been different and how to get an even better set of endings in the finale. 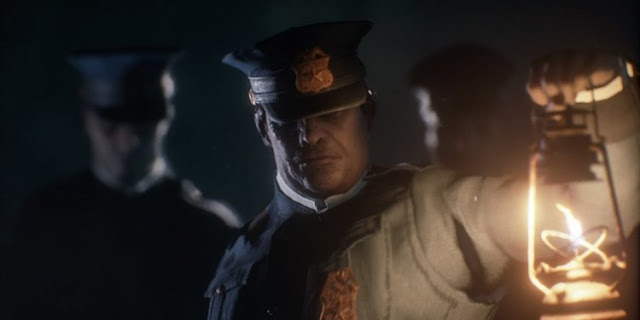 What Could Be Better
The only real complaint I have is with the NPC body language. The conversations looked as though I were talking to literal robots at times and was rather disappointed when a certain mystical NPC appeared and had similarly bad body language. There were even cases where the NPC’s would clip through their own bodies while talking.

Final Verdict
Call of Cthulhu has mysterious, convoluted, and compelling puzzles that bring you to a rather amazing yet upsetting conclusion to the story makes this one of the best detective horror games I have ever played! I was impressed with how well they kept me wondering what was going to happen next and made me want to just keep going until I learned the truth. A must have for any fan of the horror genre.