Toronto Film Review: ‘Maria by Callas’
Tom Volf's documentary about the turbulent life and art of opera legend Maria Callas allows the singer herself to straighten out the record.

“Maria by Callas,” an adoring profile of the Greek-American opera legend, is a one-sided documentary, using Callas’ own words in journals, letters and interview appearances to narrate her personal history. Yet this is not meant as the criticism; it’s only fair that Callas’ voice finally gets heard off the stage, given how much the tabloids reinforced her image as a tempestuous diva when the real person was much more complicated. First-time director Tom Volf plainly adores Callas — sometimes to a fault — but his film stands as a necessary corrective to decades of bad press. It’s an unalloyed tribute to her as a musical genius who gave all of herself to the public. Opera aficionados will be first in line when Sony Pictures Classics releases the film in early November, but the doc doubles as an accessible primer for the less schooled, too, with an abundance of classic recordings on the soundtrack.

Constructed in the style of Asif Kapadia’s “Senna” and “Amy” or last year’s Cecil Beaton documentary, “Love, Cecil,” “Maria by Callas” sacrifices talking heads, a narrator and other standard contextual elements in favor of Callas speaking (and singing) for herself. What the film loses in dimensionality it gains in intimacy and focus, because only one voice is deemed necessary for us to hear. That voice soars through several full performances included in the documentary, such as “Casta Diva” from Bellini’s “Norma” and “Love Is a Rebellious Bird” from Bizet’s “Carmen,” and it aches in writings and recollections from the low points in her career, when she was beset by scandal. 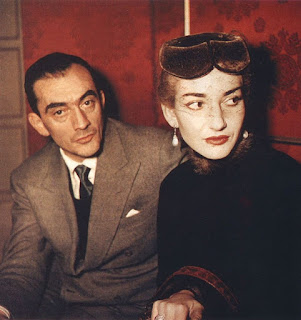 Volf struggles to give shape to the film — at 113 minutes, it suggests a music lover’s aversion to a more ruthless edit — but he does try to capture the scope of her life, from her difficult childhood as a prodigy in New York through a career marked by grand triumphs and relationships that sometimes withered under the spotlight. Framed by a rare interview with David Frost, “Maria by Callas” reveals the star’s surprising reluctance, even melancholy, in continuing to perform on opera’s biggest stages, though her work ethic was considered peerless. “I would have given it up with pleasure,” she tells Frost. “But destiny is destiny and there’s no way out.”

There are times in the doc in which destiny deals a cruel hand and when fame has left her feeling trapped in a gilded cage. Among her controversies was the notorious walkout in Rome, when Callas abruptly canceled a performance of “Norma” after one act, leaving various luminaries, including the president of Italy, in a state of shock. It was hugely damaging to her reputation at the time, but she had warned the Rome Opera House she was suffering from bronchitis, and the venue had chosen not to have a standby ready. She won a lawsuit in court 13 years later over the incident, but she didn’t have control of the story, which proves to be a running theme in later scandals, such as her termination from the Met or her tortured relationship with shipping magnate Aristotle Onassis. The truth is inevitably more complicated — and, in Volf’s telling, more generous to Callas. 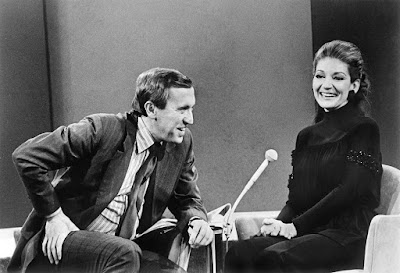 Much like the recent documentary “Grace Jones: Bloodlight and Bami,” “Maria by Callas” understands the word “diva” as a sexist code for women who are uncompromising in support of their craft. When men are considered perfectionists, they’re praised for their meticulous attention to detail, but when Callas made demands of her collaborators, she was more like likely to be simply labeled “difficult.” Still, her captivating talent survived the slights against her, and Volf celebrates the sustaining passion of her fans, for whom she labored tirelessly. Those struggles came with a price: She died of a heart attack at age 53.

There are whole sections of Callas’ life that don’t get much attention, like her battles with an eating disorder, and other sections that perhaps get too much attention, like her happy working relationship with Pier Paolo Pasolini on “Medea.” Volf gives over ample screen time to Callas’ musical performances, too, but he doesn’t always have the images to support them, which can make the film seem like a friend showing off his record collection. Still, these are minor hiccups in the full-throated defense of a tarnished icon, a complex woman who never got what she deserved. Her life had an operatic quality that might seem fitting, but it wasn’t always fair.

For the first time, 40 years after her death, the most famous opera singer ever tells her own stor y – in her own words. Featuring previously unknown footage, unseen photographs, personal Super 8 films, private live recordings, intimate letters and rare behind-the scenes archival footage for the first time in colour .