Nobody's Fool is an upcoming American comedy film written and directed by Tyler Perry. It stars Tiffany Haddish, Tika Sumpter, Omari Hardwick, Mehcad Brooks, Amber Riley, and Whoopi Goldberg, and follows a recently-paroled woman who tries to help her sister get revenge on the man who catfished her. 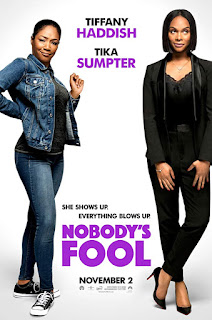 The film is scheduled to be released in the United States on November 2, 2018, by Paramount Pictures.

Plot synopsis
Tanya (Tiffany Haddish) is released from prison and reunites with her sister Danica (Tika Sumpter), only to learn she's in an online relationship with a mysterious man who might be "catfishing" her.

Cast
Production
In March 2018, it was announced Tiffany Haddish, Tika Sumpter and Omari Hardwick joined the cast of the film, then titled The List, with Tyler Perry writing and directing the film, as well as serving as a producer on the film under his Tyler Perry Studios banner.[2] That same month, Whoopi Goldberg, Amber Riley, David Arvesen, and Missi Pyle joined the cast of the film.[3][4][5][6] Later, the film was retitled Nobody's Fool.[7]

Release
The film is scheduled to be released in the United States on November 2, 2018, by Paramount Pictures.[10]

Box office
In the United States and Canada, Nobody's Fool will be released alongside The Nutcracker and the Four Realms and Bohemian Rhapsody and is projected to gross $10–17 million in its opening weekend. 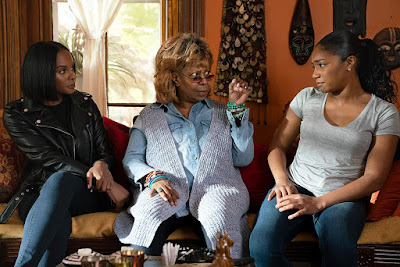 Tiffany Haddish’s Hollywood dominance continues this fall in “Nobody’s Fool.” The latest film from writer-director Tyler Perry casts the comedy favorite and “Southside With You” breakout Tika Sumpter as mismatched sisters who team up to find the man cat-fishing Sumpter’s character. Haddish’s character, Tanya, is fresh out of prison and ready to cause some mayhem.

Read More: Tiffany Haddish Confirms She’s Speaking to Paul Thomas Anderson: ‘We’re Probably Going to Work Together’
“Nobody’s Fool” is the second-star vehicle for Haddish set for release this fall. The comedian appears opposite Kevin Hart in “Night School,” in theaters September 29. Haddish also has a small supporting role in this summer’s “Uncle Drew.” The actress has been on a roll ever since breaking out with “Girls Trip” in summer 2017, recently appearing on Tracy Morgan’s TBS comedy series “The Last OG.”