Miniature console to be released in December, packaged with popular games, including Resident Evil, Ridge Racer, Tekken – and the original Grand Theft Auto

Sony has released the full list of games for its forthcoming PlayStation Classic, a miniature version of the iconic 1997 games console announced last month. 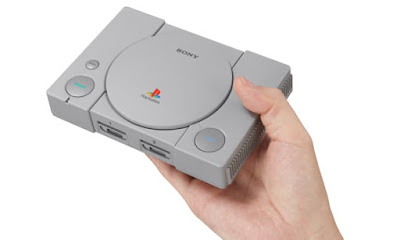 Several of the console’s most fondly remembered titles are present, including Final Fantasy VII, Metal Gear Solid, the original Resident Evil and Oddworld: Abe’s Odyssee, alongside more obscure selections such as Wild Arms, which only ever gained popularity in Japan. Notable absentees include Parappa the Rapper, a groundbreaking music game about a rapping dog, and gothic adventure Castlevania: Symphony of the Night.


Sony is the latest games company to cash in on a growing wave of 80s and 90s nostalgia. Nintendo’s NES Mini and SNES Mini consoles, each of which also comes with a selection of games, sold more than 2m each – the NES Mini briefly outsold the current PlayStation 4 and Xbox One consoles earlier this year.

The PlayStation Classic is out on 3 December, priced £89.99.