Debuting the mid-90s, the Soulcalibur series remains one of the longest-running and most successful fighting game franchises in history. Almost every entry has been met with widespread critical acclaim, with some titles even standing as some of the highest-rated video games ever made. The latest entry in the series, Soulcalibur 6, might not be quite as groundbreaking as past games, but it’s still a must-buy for fighting game enthusiasts or fans of the franchise. 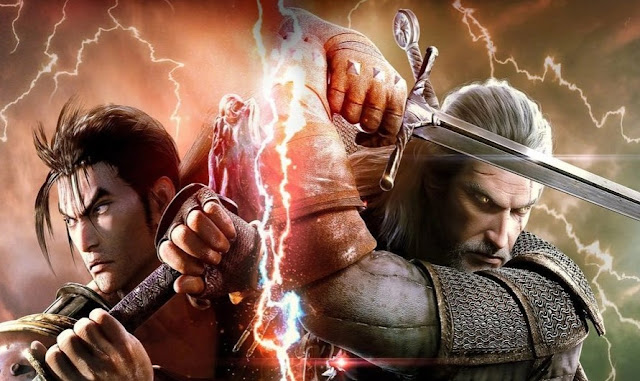 Soulcalibur 6 is a soft reboot of the series in terms of plot, showcasing the stories of various characters in the Soul Chronicle mode. However, we found that the stories stick pretty close to what was already established, so sometimes the game feels more like a retelling than a reboot. Regardless, mileage varies on the quality of one story to the next, and one’s interest will largely depend on their interest in the character each story is about.

There is an overarching narrative as well, but the individual stories are far more compelling. There are some really good-looking cut-scenes, but most of the plot is delivered through static, comic-book style shots that are sometimes bogged down with way too much dialogue. We also found the fights in Soul Chronicle to be overly easy, to the point where we hardly hard to pay attention to some of the encounters and were still able to win without much struggle. 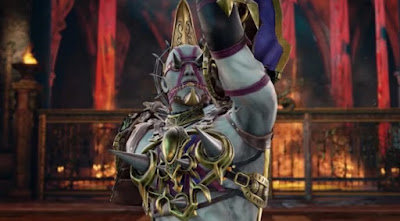 As far as story modes go in fighting games, though, Soul Chronicle is still one of the deepest and most interesting. Again, some of the stories flop, but enough of them (like Voldo’s story, for instance) are engaging enough to make it still worth playing through. However, it seems likely that Soul Chronicle is going to be overshadowed by the other single player offering, Libra of Souls.
In Libra of Souls, players go through a variety of missions, fight enemies, and complete various other tasks as their very own created character. The goal of the game is to level up the created fighter by earning XP and new weapons through Libra of Souls, and while it’s fun enough (minus the tedious plot), the real highlight is the character creation process itself. 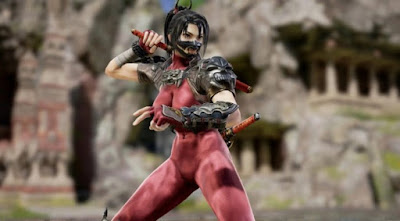 Soulcalibur 6‘s character creation tools are simply fantastic. It gives players an unprecedented level of freedom for the series, letting them create basically any kind of fighter they can dream up. The only downside is that downloading other players’ creations isn’t quite as easy as it is in other games, as players are unable to search using keywords, but even so, there are countless insane user-generated creations available. We saw everything from a Spyro the Dragon fighter to a surprisingly accurate Alex Louis Armstrong of Fullmetal Alchemist fame to a terrifyingly muscular Pikachu. To put it bluntly, it’s one of the best character customization tools any fighting game has ever had. 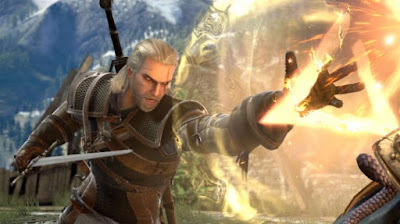 Even if we discount the technically endless roster of custom fighters, Soulcalibur 6 still has an impressive roster. Soulcalibur 6‘s roster consists largely of returning combatants, but there are some new fighters as well, like Groh and Azwel, the so-called Leader of Humanity. Each fighter brings something unique to the fights, and they’re honestly all fun to play as.

Besides original Soulcalibur fighters, Soulcalibur 6 continues the series’ tradition of featuring guest fighters. This time around, the guest fighter is universal across all platforms and is none other than Geralt of Rivia from CD Projekt RED’s The Witcher franchise. While some past Soulcalibur guest fighters have felt a little gimmicky and out of place, Geralt fits right in with the game’s general aesthetic, and fans of The Witcher will no doubt have a blast using his accurately recreated abilities in battle.

From Geralt to the newcomers to fighters that have been with the franchise since the beginning, Soulcalibur 6‘s roster is well-rounded and taking created fighters into account, its bench is incredibly deep. Moving forward, fans can expect Soulcalibur 6‘s roster to get even deeper, as it’s already been confirmed that 2B from Nier: Automata is coming to the game at some point as well.

A fighting game can have the best roster in the world, and it still won’t matter if the gameplay can’t back it up. Luckily, Soulcalibur 6‘s gameplay is as great as the series has ever been, with smooth action complimented by the new Reversal Edge system. With Reversal Edge, Soulcalibur 6 adds an extra layer of aggressive defense, going into a slow-mo view of the fight that gives fighters the chance to counter their opponent’s attack. Reversal Edge works well and makes matches genuinely more exciting, so its addition is appreciated.

Beyond that, Soulcalibur 6 is what fans would expect from the franchise. There are local and online multiplayer options, all of which functioned perfectly fine in our testing, as well as the option to battle against the AI. However, most of the content is in the game’s single player modes so anyone that doesn’t care about the story may feel like Soulcalibur 6 is a little light on things to do compared to other fighting games on the market.

And as previously stated, the single player stories vary pretty drastically in terms of quality, with some being downright boring and others being fairly compelling. Those who have no interest in the single player may want to hold off a bit on Soulcalibur 6, but everyone else will find a high-quality fighting game with a fantastic roster of characters and smooth, consistently exciting action.

Soulcalibur 6 is out now for PC, PS4, and Xbox One. Game Rant reviewed the game on Xbox One.