There’s nothing like a family-friendly, arcade-style game that is easy to learn and fun to play. Being able to sit on the couch with family or even connect online with some friends and just turn a game on to start playing is a classic nostalgia trip that everyone can enjoy. This is the exact type of game that Pqube and H2 Interactive were aiming for when they launched Super Pixel Racers on Xbox One and PlayStation 4. 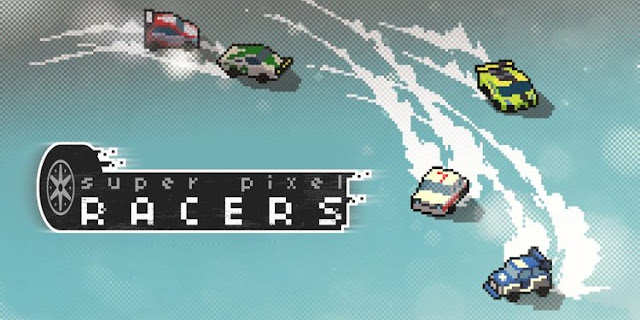 Gameplay
The first thing I noticed is that there is no Gas button. All the cars simply go on their own leaving the player to simply control the vehicles. This is definitely beneficial to keeping the gameplay simple as you can reach top speed by simply driving on the road correctly.

There are three car types in the game: Standard, Drift, and Takedown. These car types are fitting to the different mode options there are. The list of car options is not limited to the three types though as there are a total of nine cars. A slow, standard, and fast version of each car type available. In campaign mode, these cars are slowly unlocked, but when playing online or split screen they have all the cars unlocked for players to just have fun at the pace and style they prefer.

The fun of Super Pixel Racers comes from the mix of drifting and nitrous though. As every vehicle is always aiming to drive forward, the real way to get to the first place is through car control, drifting, and nitrous management. The way to gain nitrous is by drifting, so the longer and better you are drifting, the more speed boost you gain. These speed boosts can be both damaging and exciting as if you use them at the wrong time it will drive you into a wall and kill your speed. However, using the nitrous at the right time to gain a lead and using the moment while drifting can practically refill the meter if done correctly. 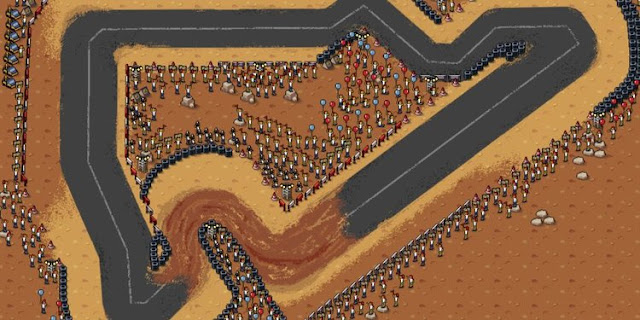 There are more modes than simply racing or rally. There is also Takedown and Hunt. Both of these modes are focused on using your car to ram into your opponents at the highest speed possible and cause them to explode! In Takedown, it is on the tracks used in Rally, but without the goal of staying ahead of the pack. In Hunt, you are given an arena-like map and an arrow that points in the direction of where the current target is. The target changes consistently and if the target isn’t taken out within the short time limit, they are awarded the points that usually goes to the one who took out the target.

Graphics and Sounds
Staying true to the name, the entirety of the game is in pixelated format. From the crowds to the cars, everything is made out of pixels. The tracks are even small, pixelated versions of well-known maps that many racing game fans may recognize.

The sound effects are fitting for the different cars and include having different sounds for hitting wall versus hitting another car. They use an upbeat, retro style music to keep the atmosphere of the game as a simple fun-to-play arcade game.

Replayability
There is always room to improve and a rather long campaign. Not to mention that you can always play with friends both online and offline. Plenty of reasons to come back and get another few minutes to a couple hours of fun out of Super Pixel Racers. 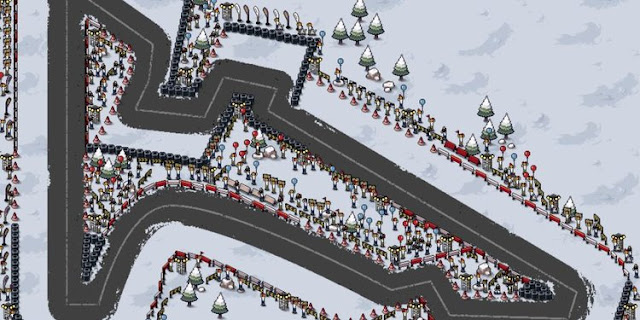 There is also no way to actually pick what map you are going to race on. It is simply randomized when you load up. This is understandable for the campaign mode, but when playing with friends there shouldn’t be a lack of customizable options for players to enjoy their own way.

Each car has up to four different color types to choose from, but with a game that is fully pixelated, why not give us the option to design the car ourselves? I understand keeping the design itself restricted, but there should be the option to pick different color mix-ups that we would prefer.

Final Verdict
Super Pixel Racers is a fun game for friends and family to enjoy. It brings back the retro, arcade-style gameplay and brings it to modern consoles. A great game to give a new experience to those seeking a nostalgic gaming session that they can just easily hop on and hop off as they see fit. A great game for any racing game fan to have a bit of fun with drifting and nitrous.