It's that time again: there's a new multiplayer-focused AAA game out in the world, and it's a controversial one. Fallout 76 officially went live today, giving us all an opportunity to re-interpret the idea of a Fallout experience in an online setting. And because this game works the way it does, there were no early copies or no real chance to experience the finished product for review. So if you see reviews floating around the internet today, or even tomorrow and Friday, don't trust them. At this point, reviewers have only had their hands on the game for less than a day, maybe a little more for those in Oceania. 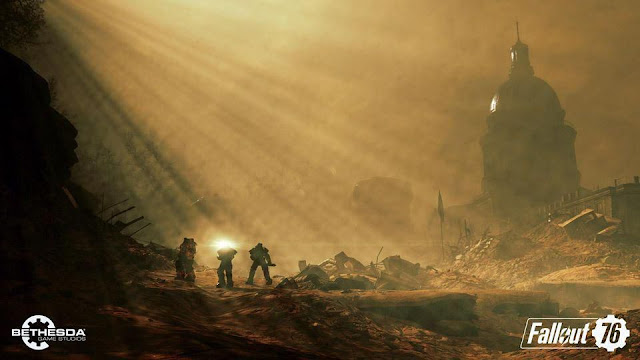 It feels like an important warning because the game is getting review-bombed over on Metacritic, where it stands at an inglorious 2.7 where user scores are concerned. For one thing: never trust user scores on launch day, and be cautious about them always. Review bombing is a fairly standard operating procedure for developers that anger the hivemind in one way or another, in this case committing the sin of taking an established property in a new direction. Know that the jury is necessarily out on any game that's been released for less than 24 hours, particularly one where player-to-player interaction is meant to form a core piece of the experience.

There is the argument to be made that people could theoretically be basing their reviews on the beta experience, which only ended a short while before the release. It's tempting to go in that direction: the game didn't change in a fundamental way since the beta, and most anyone who wanted to could get a pretty solid idea of what was going on if they tuned in during one of those windows. Fair enough, after all.

My problem with those arguments is that there has got to be some sort of line at which we judge a game ready for review. That line is nearly impossible to see at times, mostly because concepts of games-as-service in tandem with early access can make it nearly impossible to call any sort of game finished at any point. But in the case of something like Fallout 76, the developer is being clear. What you played in the last few weeks was the beta, what you're playing right now is the finished product. The finished product is the thing that you review.

That means that anything before release is good for beta impressions but not release impressions, random musings but not reviews. If someone purports to slap a score on this thing at such an early state into final release, there's likely some bad faith operating there. As usual, the best way to buy games is to wait a few days--or honestly, a few months--and see how things are shaking out.