If you want to get technical, Red Dead Redemption 2‘s first three days actually come in at No. 2 all time. Which piece of entertainment did better? Another Rockstar Games title, of course. Grand Theft Auto V sold through $1 billion in its first three days, but it launched on a Tuesday. 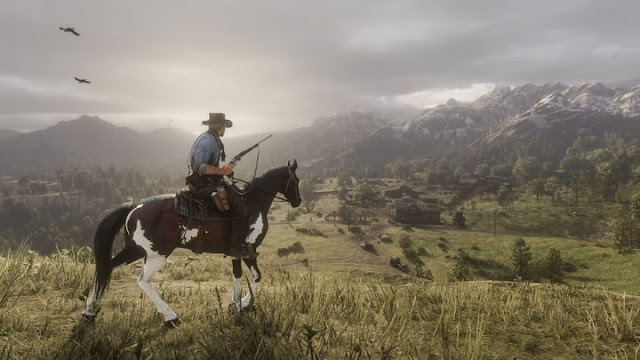 On PlayStation 4, Red Dead Redemption 2 came in as the most pre-ordered digital game ever on the platform. It also posted the highest launch day and three-day sales in PlayStation Network history. The previous launch day sales leader was Call of Duty: Black Ops 4, a game that held the title as PSN sales champ for all of two weeks. For comparison’s sake, Black Ops 4 grossed $500 million overall on its opening weekend. Data for Xbox One sales were not made available.

RDR2 seems poised to shatter sales figures of the first game, which achieved lifetime sales of around 15 million copies. We don’t know how many individual copies of RDR2 were sold over the weekend, and it’s not a matter of simple math to find out. If every person who purchased the game bought the standard edition, more than 12 million copies would’ve been sold in its first three days. Since RDR2 has multiple editions, including a $100 Ultimate Edition, it definitely sold fewer than 12 million copies. But the open-world Western is well on its way to becoming one of the most successful video games of all time.

One sales record we’re almost positive will not be broken by RDR2 is GTA V‘s lifetime sales, which have eclipsed 100 million copies.

We called Red Dead Redemption 2 “the greatest open-world game of all time” in our review. If you’re just getting started on the epic adventure, make sure to check out our beginner’s guide and cheat codes guide. With Red Dead Online around the corner, copies will probably continue to fly off shelves throughout the holiday season.