Hitman 2 Is Thankfully More Of The Same - Game Review

Hitman 2 Is Thankfully More Of The Same - Game Review

When Hitman “Season 1” began to release back in 2016, there was a justifiable weariness. An episodic, always online (despite being single player only) Hitman game sounded like the perfect storm to finally kill off a beloved franchise that had been teetering on the edge of being shelved for a while. Ultimately, through sheer force of will of how solid the gameplay and level design was, it became a modest success and arguably the most lauded entry in the series. 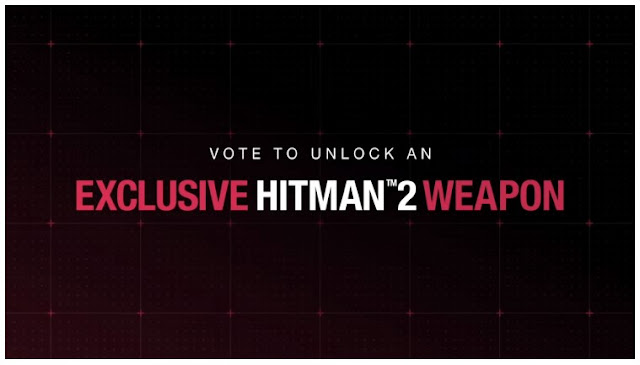 It was the quintessential Hitman experience and the true successor to the franchise’s glory days of Blood Money and an utter repudiation of every bad design choice in the misfire that was Absolution. Even the episodic nature revealed itself to be justifiable as the additional content like the Escalation missions kept the maps more than adequately content-filled to satiate the wait in-between episodes.

So Hitman 2 was eagerly awaited and although it looked rocky for a while with developer IO Interactive being dropped by Square Enix only to be left to their own devices until WB Games picked up the series. It has finally arrived. While the episodic release is gone, the game retains an identical structure to the previous one and it’s clear that this could easily have been released as a Season 2 instead of just Hitman 2.
It’s slightly difficult to find much new to say as this is the most committed “not broke, don’t fix it” approach to a sequel in recent memory. Mechanically nothing has changed aside from the addition of a few extra features such as the briefcase or hiding in tall grass. And while the engine has been upgraded – with crowd sizes suitably engorged – it’s difficult for it to feel like a major leap forward from the already highly impressive first season.

For better or worse Hitman 2 really is just more of the same, which for the most part is all the game needed but it is aggravating to see the tiny niggles still persist from last time; like the inability to do a silent takedown with anyone standing on a staircase. Otherwise, take it as read that every glowingly positive platitude one could level at the first game still applies.

Everything feels familiar but not stale; incidental NPC dialogue is still hilarious, the throwing mechanic is still massively overpowered and laugh-out-funny at times, and the environments continue to be frequently breath-taking. Even if Sapienza will likely forever remain the most singularly impressive digital space they’ll ever construct.

There is a much greater push this time around to encourage players to go through the Mission Stories (the renamed Opportunities from last time) and while they can make the assassinations a bit too easy, their entertainment value alone warrants seeing each of them through at least once. For my money, the real estate agent story in the suburban mission is worth playing through every facet of for the sheer comedic value. David Bateson continues to be a master of playing 47 as the perfect straight man to all the black comedy which surrounds him. 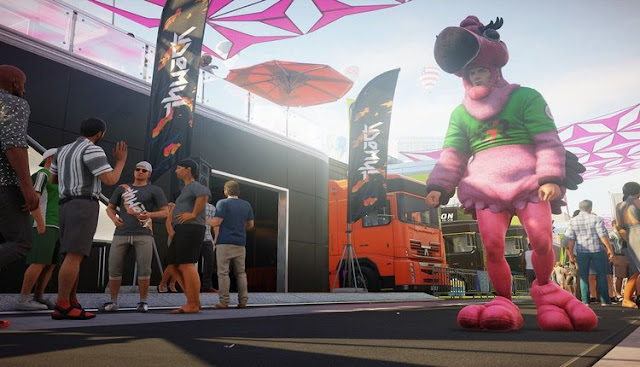 The shooting has always seemed like an odd one in these games. It could definitely be argued that making it intentionally kind of crap encourages a more varied playstyle on top of keeping the focus on the stealth where it should be. Still, there are other times where it just feels off or maybe even broken. The reticule never truly feels like an accurate signifier of where a bullet will end up while other times – most glaringly the security cameras – the hitboxes don’t feel too small so much as random in their placement. But again, Hitman 2 is a game actively designed around as little gun use as possible so it’s hard to get too mad at any of this.

One of the more praiseworthy inclusions is something I don’t think anyone even considered, let alone expected. The Legacy Pack is an interesting prospect and probably the best example of how to implement the ‘games as service’ model without it being a pile of exploitative trash.

“It plays more like a plot from one of the live-action Hitman films.”

However, progression from the first game doesn’t carry over which near completely nukes its appeal to my mind. Additionally, any achievement/trophy hunters will probably be none too pleased at having to complete them all again as they are repeated in Hitman 2’s achievement/trophy list. Still, it’s a great idea so let’s chalk it up to an admirable failure.

Less of an admirable failure is the story. Admittedly no one really plays these games for the story, especially with these last two entries where an overarching plot isn’t even strictly necessary to justify the robust, self-contained levels. Nonetheless, a story it most certainly has.

Picking up directly from Season 1’s flack-catching cliff-hanger, 47 and Diana have aligned the ICA with Providence (the secret society revealed in season 1) in order to find and eliminate the Shadow Client – the mysterious figure from last season – with the promise of finally learning the truth of 47’s origins as an incentive. If this already sounds like a confusing mess of acronyms and code names, it is, and it only gets worse as Hitman 2 continues.

By the end, the plot involves two different, interrelated secret societies, multiple code names for the same people and hastily drawn (and slightly retcon-y) sob story backgrounds for not only 47, but even more unnecessarily, Diana. All of this delivered through cutscenes which are largely unmoving still images and with a fair chunk of the exposition being given by characters we’ve never met, in a secret Bond-villain-lair boardroom suspended in a mountain which none of them are actually in because they’re all holograms(?).

It’s a bit of a mess. But they do get credit for maintaining the series’ story as a singular continuity over the past 7 games and nearly two decades…even if it does leave unanswered how old everyone is supposed to be. Ultimately it plays more like a plot from one of the live-action Hitman films, and that’s pretty damning.
In any case, if a game which didn’t even need a story having a bit of a crap one is the most glaring criticism, that’s quite good going.

If you’ve been a fan of these games – and the previous entry specifically – then this should be a no-brainer; especially with the escalation missions and Sean Bean Elusive Targets still to come, not to mention a proper rollout of the competitive Ghost Mode (at time of writing, it’s still in beta, limited to one map and a little on the buggy side but the concept is fun and the experience is a nicely frantic and messy change of pace from the main game).

All that said, if replayability isn’t your thing and you couldn’t imagine playing through the maps more than once, it will seem like an awfully short experience for a full priced game. If you are on board with how Hitman 2 wants to be played, and played again, you can be sure of even more of what was already a great game two years ago.