Despite boldly proclaiming its murderous intentions, Hitman 2 is as much about the avoidance of killing as the pursuit of it. Assassination is merely the full stop in a much longer, player-driven story that rewards careful planning and punishes thoughtlessness ruthlessly. The game encourages you to think big and act small – the best weapon is usually not a weapon at all. 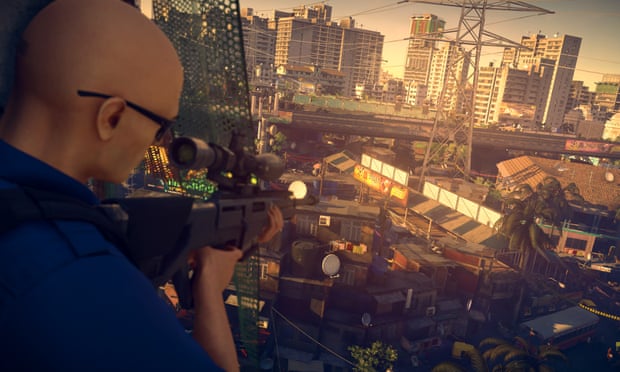 Hitman 2 offers half a dozen assassination puzzles for players to unpick. This may sound slight compared with 100-hour epics such as Assassin’s Creed Odyssey and Red Dead Redemption 2, but each is a clockwork diorama that can be exploited and manipulated in dozens, possibly hundreds of ways. One is a sprawling chunk of Miami’s marina, thronged with people attending a glitzy supercar race. Later missions include a bustling Mumbai market and an idyllic slice of American suburbia, where golden maple trees and neatly tended lawns conceal darker secrets in basements and attics.

The baldheaded assassin, Agent 47, can disguise himself in the clothes of almost any (male) character, and scramble up pipes and scaffolding to access restricted areas. His tools range from bombs and sniper rifles to poisons and piano wire. But what’s fascinating about Hitman’s weapon roster is not its expansiveness, but that you don’t need to use any of it (and probably won’t want to). Each level contains five or six vignettes, which begin as overheard conversations and lead to unique opportunities to eliminate one of your targets. An aspiring Indian film producer may be blown from a rooftop using an industrial fan, while a racing driver can be dispatched by loosening one of her car’s wheels in the pit lane.
Some of these options act like a bulldozer through a hedge maze, providing an all-too-clear route through an otherwise intricate puzzle. But the better ones show where the true thrill of Hitman lies: not in the act of virtual murder but in leaving the smallest footprint possible. Any thug with a gun can kill, but it takes skill to make it appear as if there was never a killer in the first place.

Hitman 2 lets you stack the dominos in such a way as to have no traceable origin, distracting bodyguards away from a target by disabling a fuse box, triggering a fire alarm – or creating “accidents” by combining puddles of water with an exposed electrical wiring. It theoretically allows you to play in a more reckless manner but frowns upon you for doing so. Killing non-targets severely damages your overall mission rating, while murder sprees nearly always end in Agent 47 being mercilessly gunned down by security.

At times, Hitman 2 is a wig and a bow tie away from being a James Bond simulator, featuring a similar blend of glamour, subterfuge, and power, albeit with a slightly more critical eye on the fantasy. Unfortunately, Hitman 2 fails to build its stealth and murder into an effective story, with each mission separated by strangely static cutscenes that are as tedious as they are hard to follow. 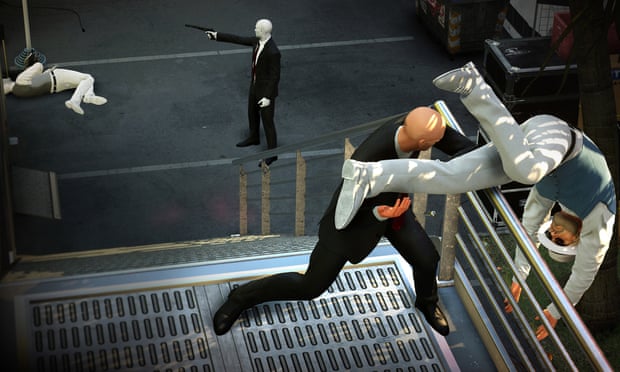 It’s a curious problem because the game itself isn’t short of humor and self-awareness. Agent 47 is delightfully deadpan, offering a cool series of one-liners as he goes about his grisly business. One story requires him to dress as a giant flamingo mascot. “You must lead a very interesting life,” comments an oblivious guard. “You have no idea,” Agent 47 responds.

The lack of a strong central plot is not as significant a flaw as it might be, as Hitman 2 is mainly about concocting your own plots. The game encourages you to play each mission repeatedly to experience its dynamic potential, rewarding you for both exploration and creativity. Once the many avenues of a mission are exhausted, you can embark upon player-created “contracts” that remix existing missions with unique parameters. Alternatively, you can compete with a second, spectral Agent 47 to dispatch a specific target in multiplayer.

Hitman 2 is a refreshing alternative to the vast open worlds that dominate big-budget gaming. Where many games work to put players in a constant state of distraction, rushing around in an often vain attempt to see everything they offer, Hitman 2 has the confidence to let you stand still, to sample the wine and drink in the atmosphere as you plan your next tiny-yet-devastating move. Indeed, no other action game encourages players to think about how to minimize their violence, and for that alone Hitman 2 stands out among the less mindful killing of its peers.