The surprising episodic approach to 2016’s Hitman proved initially divisive but ultimately successful, enticing players to obsess over a single assassination sandbox during the month-ish wait between installments, to experiment with new approaches and basically get more out of the game.

Hitman 2, however, returns to the traditional all-at-once delivery model, a shift that comes with a sure mix of benefits and drawbacks. And though the follow-up often feels a little lackluster as a full-fat, full-price retail title, the individual sorties still boast the level of deft, detailed curation fans reasonably expect. 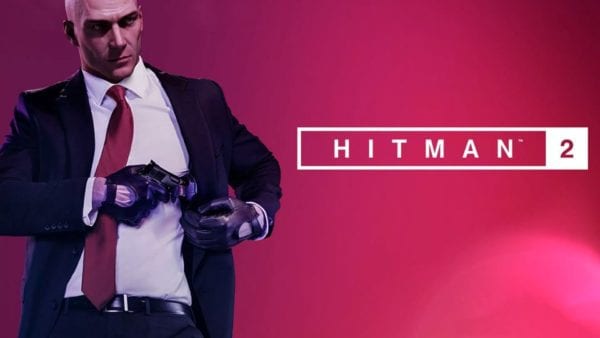 Indeed, the central gameplay loop is as appealing as it was last time, focused on players assuming the mantle of expert assassin Agent 47 as they lithely make their way through a giant sandbox from one target to another as gracefully – or gracelessly, if you like – as possible.

Though the six-mission package feels a tad lightweight this time around – especially as the first hit is a glorified tutorial and you can comfortably beat the lot in 6-8 hours – the game lives and dies by the ludicrous amount of versatility within missions which will have you replaying them untold times over.

There are of course myriad options available to accommodate a vast swath of play-styles. Stealth and action are the most clearly delineated paths – with stealth strongly favored as per usual – but whatever your statement of intent, there’s an amiable encouragement for player experimentation.

Frequent auto-saves and a generous 10 manual save slots allow players to easily tinker with wildly different approaches consequence-free, or if you like, you can exploit it to “save scum” your way to the finish line. It’s a shame there aren’t quick-save and quick-load options, though, because loading a save after dying can take 30+ seconds, which can make trial-and-error experimentation more of a chore than it probably should be. 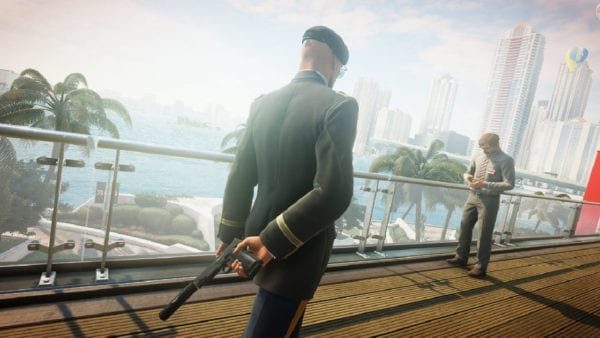 The AI could also use some work; I routinely found enemies ignoring corpses in front of them and turning away despite me pointing a gun in their face. Also, in one mission a scripted dialogue sequence kept repeating for no discernible reason and seemingly remedied itself completely randomly.

The biggest issue this time around, however, is that with Square Enix severing ties with developer IO Interactive last year, IO was forced to make cutbacks and were evidently unable to bankroll the expectedly glossy cut-scenes. As a result, the game’s presentation is embarrassingly cheap at times, effectively stitching glorified concept art together with unremarkable voiceovers for some infuriatingly long pre-and-post-mission videos you may well be tempted to skip.

It doesn’t help that Hitman 2‘s overall story is incredibly weak and forgettable, and its deathly serious, humorless tone is at jarring odds with the goofier mood of the missions themselves. And rather than serve up anything approaching a cohesive, packaged campaign, all of the game’s cut-scenes and missions are unlocked from the start, quite probably because the game was originally intended to be episodic.

The graphics are also a majorly mixed bag; jam-packed environments in Miami, Mumbai, and suburban Vermont look especially vibrant and alive, though environmental textures vary wildly. NPCs will often clip through you and each other, and when you move through a crowd, they’ll often teleport out of your way as though being repelled by a magnet. It’s remarkably sloppy for a supposed AAA franchise, even if it ultimately doesn’t detract from the core gameplay too much.

The compulsive replayability is what makes the game still feel value-filled – though perhaps not quite at a full-whack AAA price tag – thanks to a neat XP progression system, higher difficulties, new loadout options, and even different starting points made available as your assassin level increases.

The real highlight, though, is the introduction of Mission Stories, optional side-missions within assassination assignments which can ease your route to the target, and practically demand you to play through each mission several times to see them all.

In addition to the core campaign, there are peripheral modes to sink your teeth into. Sniper Assassin challenges the player to wipe out targets holed up in a palatial paradise from afar, either on their own or with another human player online. It’s a fun distraction from the main game even if it’s a shame there’s only a single map on offer, placing a sure ceiling on replayability.

Likely to prove more of a time sink, then, is Ghost mode, a 1v1 competitive online bout where you and a rival assassin race to wipe out a target first. Get a kill and your opponent has just 20 seconds to pull it off for themselves – you’re operating in parallel universes with the same targets, you see – or end up trailing a point.

Contracts are also back, with players being able to create their own missions within the game’s existing maps. It’s a neat idea, though a little limited in how much creativity and invention is afforded to the player because with more options, this could be something really special indeed. 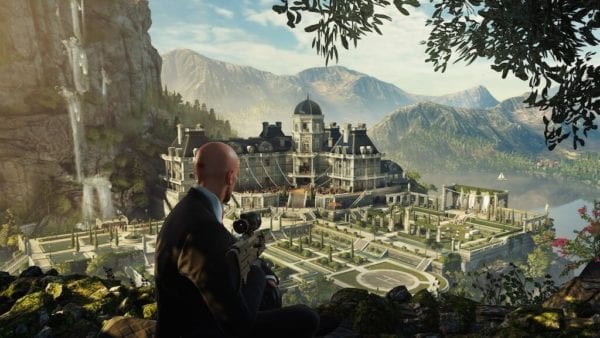 IO has also already announced that the popular Elusive Target mode will be making a return, with Sean Bean being the first famous face confirmed for the chopping block. As this content doesn’t launch until the week after release, the jury remains out on it for now. It looks hilarious, though.

The bizarre trade-off with the game’s surplus of additional online elements, however, is that Hitman 2 effectively – and unnecessarily – adopts an “always online” approach. While the game is playable offline in its base form, you must be connected if you want to fill that precious XP meter and make real progress. Though it’s hardly an issue for most players, it still seems like an odd design choice which can end up unduly punishing paying customers.

If Hitman 2 lacks the fresh sheen of its episodic predecessor, the moment-to-moment sweaty-palmed gameplay nevertheless remains a blast more often than not. It does feel like the game needed a little more time in the oven and some of its aesthetic shortcomings are borderline-shameful, but whether you’re a hardcore fan of the franchise or looking to dip your toe in its rich sandbox gameplay for the first time, it certainly scratches that itch.

Pros:
+ Gameplay is as compulsively addictive as ever.
+ Tons of variety and content within missions.
+ Sniper Assassin, Ghost and Contracts add plenty of neat value.

Reviewed on PS4 (also available for Xbox One and PC).