Not Dark Souls VR - Déraciné review
The creators of Dark Souls and Bloodborne release they are first ever VR game on PS4, and it is not what you’d expect…

FromSoftware is one of the most talented studios working today, and like many great developers, they have a very distinctive style in terms of both graphics and gameplay. Demon’s Souls, Dark Souls, Bloodborne, and the forthcoming Sekiro all share a great deal in common even though they’re all distinctive games in their own right. But while Déraciné has a similar tone and visuals it is nothing like any of those games in terms of gameplay. 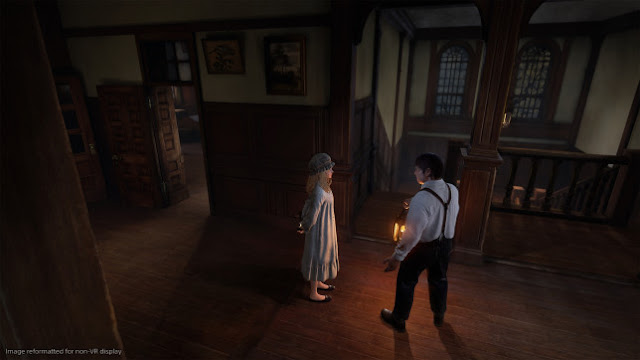 That’s not a criticism – it’s great that they’re not sticking to a formula – but their first VR game is a qualified success at best… Actually, there is one other similarity with From’s previous work: an extremely confusing storyline. It’s not quite as abstruse as the SoulsBorne games but it is extremely odd and manages to make an already peculiar game more impenetrable than it needs to be.

The set-up is that you’re playing as an invisible fairy at a boarding school for young children – with déraciné being French for something that has been uprooted from its natural environment. Many of the children are aware of your presence and ask for favors, but you never interact with them directly at each of the game’s chapters takes place in a frozen sliver of time.

Instead, you often use holographic-looking ‘memories’ of them like audio logs, to listen to what they were doing at the time the memory was recorded. Déraciné is essentially a point ‘n’ click puzzle game, although the most perplexing part of it is exactly what From were hoping to achieve with it all.
If the set-up doesn’t seem strange enough let us also point out the fact that you’re a time-traveling invisible fairy. You’ve got a magic pocket watch (which seems like an odd thing for a fairy to have but never mind) that lets you travel through time and a magic ring that allows you to absorb time from objects and transfer it to others.

The former is rarely under your control though and the ring is used very infrequently and only for very obvious puzzles, like reviving a wilted flower. None of the gameplay-related puzzles are ever very difficult and the time-sucking ring is used so infrequently you wonder why it’s even there. But then the whole game has very much the feel of something that started off as an experiment and rather than being abandoned and used as the foundation for something else was roughly knocked into shape and released anyway.

There’s little to complain about in terms of the VR implementation though, with some very impressive visuals, a great soundtrack, and a real sense of low-key oppression. The control system is based around teleporting between hotspots, which we imagine was where the inspiration for the whole ‘frozen in time’ concept comes from.

But the traversal system has become such a standard feature of VR games we’re not sure it really needed such complex justification. Unfortunately, the game doesn’t support using a normal DualShock, so you have to have a PlayStation Motion controller. This again seems unnecessary, as although you have a little transparent fairy hand you move around to manipulate objects there’s no real reason you couldn’t use a normal controller instead.

Déraciné (PSVR) – the VR is good, the game not so much While the mechanical puzzles are never very complicated a lot of the progress through the game relies on deciphering vague clues from the various memories. 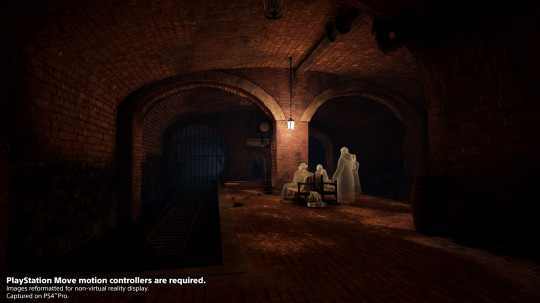 Our general hatred for audio logs probably didn’t help the situation but pondering over what are essentially riddles really doesn’t seem the best way to make use of the immersive power of VR. It’s a shame because the storytelling does have some interesting moments, as it segues from helping perform schoolyard pranks to some surprisingly dark themes by the end of the game. But these weighty issues are lost amongst tedious puzzles and an increasingly confusing structure which keeps adding in new supernatural elements and making the time-traveling more and more complex for no good reason.

By the end of the game, you end up flipping between two time periods, which not only makes the story increasingly difficult to follow but it ends up making everything else seem that much more repetitive and long-winded. The weak dialogue and voice-acting also don’t help, with a mawkish portrayal of the children’s plight that makes them almost impossible to accept as real characters.

There’s a lot of interesting ideas and features in Déraciné but we’d be lying if we said we didn’t want it all to be over after just halfway through its four-hour running time. Everything feels far too much like a tech demo that got out of hand and while it’s good to see that From wasn’t interested in retro-fitting one of their previous games throwing ideas at the wall and hoping something sticks isn’t much of an alternative.