What is it? The rootin’- the tootin' prequel to 2010’s “Red Dead Redemption.” In RDR2, gamers play as Arthur Morgan, an outlaw in 1899 when the wild west is coming to an end. The frontier is becoming more civilized, but there are plenty of ways for a cowboy to get into trouble. Players will participate in exciting activities like train robberies and gunfights but also lose themselves in the simple complexities of the game. 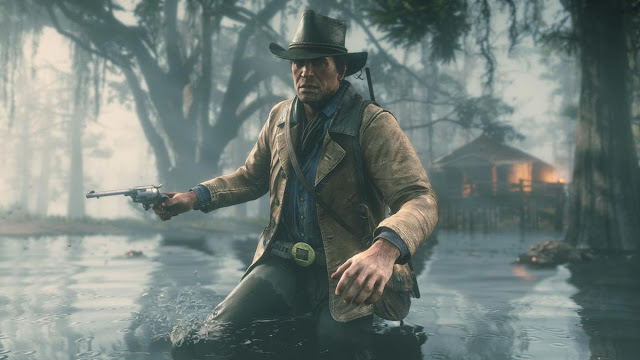 Highs: If there was a subtitle for this game it would be called “Red Dead Redemption II: Hold Your Horses.” This long used euphemism for slowing down is exactly what this game requires of you and you’re better for it.

RDR2 isn’t some cheap rotgut you should be tossing down your gullet. Nope, this here game is sipping whiskey. If you don’t take your time with RDR2, you can’t fully appreciate it. The slow pacing will frustrate some but I found it purposeful and refreshing. 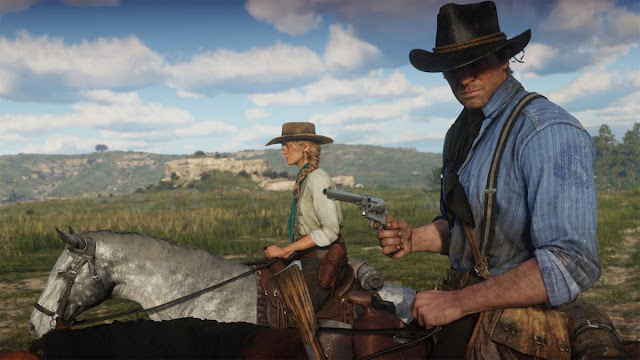 There’s a lot to learn in “Red Dead Redemption 2” because the game has so many layers. Everything - from big things like the storyline and your relationships with your crew to small things like hunting and taking care of your horse - is meticulously detailed. Initially, this level of depth can feel overwhelming but Rockstar takes their time easing you into the game. With so much to learn, you can’t just be thrown to the wolves to figure things out.

The biggest benefit for Rockstar’s affinity for minutiae is the living, breathing world you get to experience. To be sure, you can do standard things like customizing your character (I dress my version of Arthur like Clint Eastwood in “Pale Rider.”), your camp and your horse (Dreadlock that tail!). But when NPC’s comment on a new gun you just purchased, notice how long it has been since they’ve seen you and ask about your relationships with other characters, it shows another level of complexity. Even more impressive is how the world in RDR2 has its own identity. For example, I noticed buildings slowly being constructed over time. Things are being done in this world, whether Arthur is around or not.

The cherry on top of an already amazing sundae is all the design elements that are easy to miss but make the game so incredible when you notice them. The hot breath coming from your horses nostrils on a cold day, the way your leather jacket slowly absorbs water and begins to shine in the rain (and dries when it stops) and the variety of random cloud formations you’ll see from day to day make you appreciate how much effort Rockstar has put into this game. 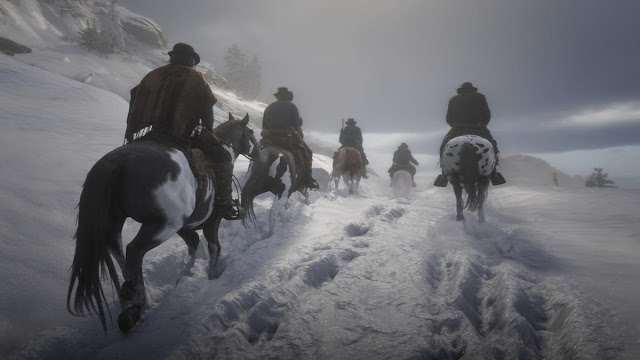 Lows: While it was easy to immerse myself in Rockstar’s old west world that immersion would have been easier if the controls were more modernized. Manipulating Arthur takes some getting used to, as it doesn’t seem the controls for RDR2 have been updated since the first “Red Dead Redemption.” Switching the controller settings to the first-person shooter helped but Arthur still moves clunkily.

Rockstar’s goal to slow you down is ambitious and necessary but it doesn’t come without a price. Getting around the huge map is time-consuming, requiring you to often ride for long lengths of time. You can take a train or a stagecoach to certain places but that costs money, which you won’t have a lot of early. Eventually, you can acquire a fast travel map but even that requires a significant sum to be unlocked and you’ll have to figure out how to unlock it on your own.

The Grade: “Red Dead Redemption 2” is a marvel! It’s massive in size, scope and ambition. Some may find its methodical pace troublesome but the decision to slow things down makes sense and just might be a lightly veiled dig at society as a whole. How ironic would it be for a gaming publisher to use a video game to tell people to unplug and slow down? Considering that’s the life you lead as Arthur, it sounds exactly like a lesson Rockstar is hoping you’ll learn.

Gazette Media Columnist Terry Terrones is a veteran video game journalist. He has written for numerous publications including GamePro, GamesBeat, PC World, GameZone, and Official Xbox Magazine. You can follow him on Twitter at twitter.com/terryterrones.